The 2014 TBF of Nebraska State Tournament has come to a close and many anglers found Milford Lake a truly tough test.  If you have fished enough events, you understand that someone always seems to find them.  That was the case with Ben Milliken who went on to win the Boater Division with a 2 day total of 24.74lbs.  Not only did Ben bring in the largest single day sack of the event on day 2, he also brought in the biggest bass at 3.90 lbs.  The next closest competitor was nearly 10 lbs. back. 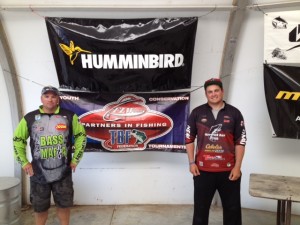 “I went into the tournament with about 10 areas that I knew had beds and my strategy was to rotate through them.  It really seemed the smallmouth were easier to catch and they were mainly in the southern part of the lake, so that’s where I spent the majority of my time.  I have been plagued by 2nd place finishes over the last year, so this tournament really means a lot to me against a very solid field of anglers.  I am extremely excited to represent Nebraska in Mississippi next year said Milliken.”

The Non-Boater Division was won by Billy Ray with a 2 day total of 4.35.  This is the 2nd year in a row that Billy has gone on and won the Non-boater Division.  Billy will represent NE this June at the Central Divisional hosted by Oklahoma.  Billy also won the big bass division for his 2.68 lb. pig. 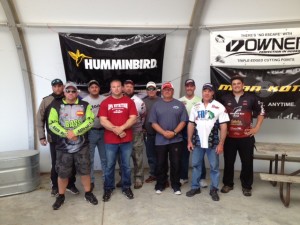 “I actually had a really bad practice said Ray.”  “I was lucky to have Pat Klausen as my practicing partner and lodging mate.  We would talk at night and he would remind me to stay focused on what I was doing and just go fish.  I also can’t say enough about my boaters in Rye Roberts and Jeff Korb.  They put me on fish but it was just hard to find the big ones said Ray.”