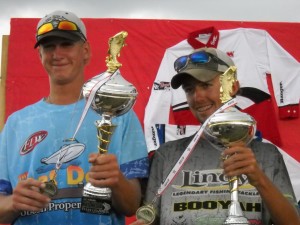 This fifth annual event was held at Lewis and Clark Lake State Recreation Area’s Weigand Marina. Twelve teams competed. Each team could weigh in a maximum of five largemouth bass, with a minimum length limit of 12 inches.

The winning team will represent Nebraska at the Southern Conference Regional tournament on Oct. 17. The event will take place on the Arkansas River at Pine Bluff, Ark., where they will compete against teams from Arkansas, Kansas, Louisiana, Missouri, New Mexico, Oklahoma and Texas. Anglers at this tournament will attempt to qualify for the TBF/FLW High School National Championship next spring and a $10,000 college scholarship to the school of their choice.